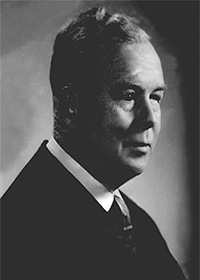 James Hannon was appointed Judge and served in the Lee District Courts in MA throughout the 1960's. In 1969, Judge Hannon portrayed himself in the movie Alice's Restaurant. Like the song goes, he was the blind judge who found Arlo Guthrie guilty of littering and made him pay a small fine for the crime. His seeing eye dog Susie accompanied him in Courtrooms as well as on movie sets. 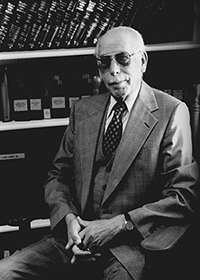 Maurice Lerner was an exacting real estate practitioner, famous for his precision in conducting title research. He was well known as a "lawyer's lawyer" and was often approached by his colleagues at the registry for his valuable advice on difficult title issues. An absolute gentleman, Mr. Lerner was a well respected member of the real estate bar until his retirement in 1980.

Jim Dohoney graduated from the College of the Holy Cross and Boston College Law School in 1966, and the partnership of Hannon, Lerner & Dohoney was formed in 1969. He was appointed first justice of Southern Berkshire District Court in 1980 and was presiding justice of the western district's appellate division before being appointed to the Berkshire Superior Court.

Hugh received his law degree from Western New England College of Law in 1967, and joined the firm in 1972 which became Hannon Lerner Dohoney & Cowhig. Hugh was an important part of the firm until he retired in 2003.

After graduating from The College of The Holy Cross in 1960, Jerry was commissioned an Ensign in the US Navy.

After commuting to the Western New England College of Law while working as a legal secretary, Sally Bell received her law degree in 1979 and subsequently joined the firm which became Hannon Lerner Cowhig Scully & Bell. She served as vice chairman of the Berkshire Regional Planning Commission and as a consultant to the Berkshire Natural Resources Council and was very involved in Berkshire planning and environmental organizations. Sally was instrumental in the acquisition of vast tracts of conservation land throughout the Berkshires.

In 1988 the firm of Hannon Lerner Cowhig Scully & Bell relocated to 184 Main Street, Lee. Attorney Jeremia A. Pollard joined Attorney Bell as partner in 2006, then acquired the business from the partners in 2012, returning to its original name of Hannon Lerner.